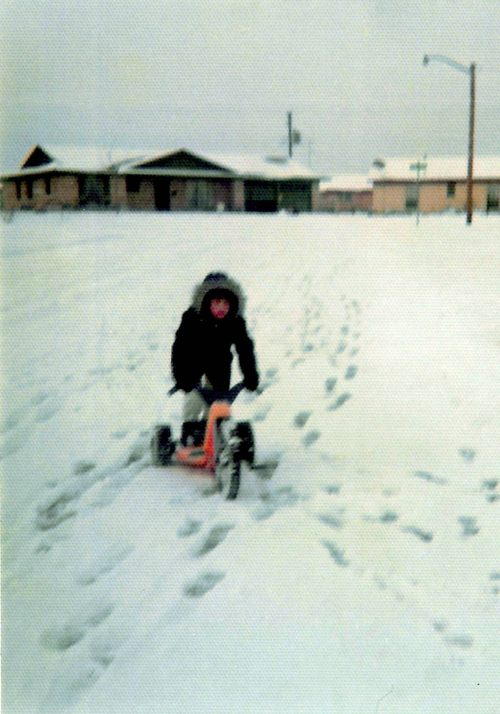 My parents said when I was little I wore out two Big Wheels. Those are the little tricycle made of plastic in bright colors in the 1970’s. I was on that machine all day everyday in the heat of Texas summer unless it snowed. It took commitment but it was the best feeling roaring to the rumble of hard plastic on asphalt. Eventually, I had to move up to a bike after enough people told me I couldn’t ride a Big Wheel any more. I began delivering the Philadelphia Bulletin on my Huffy Santa Fe ten-speed. I would read, (translation; look at the pictures) The Bulletin, an afternoon paper after school. I was drawn to the pictures. I was convinced I needed to learn how to take photos. So, borrowed my dad’s Canon FT QL, a beast of a camera solid as a brick. After he showed me the basics and I took it from there. After a couple colleges (WSU, Ohio University) and working at a couple newspapers (Akron Beacon Journal, Los Angeles Times). I am photographer sans Big Wheel. Now I rock the mini van and I enjoy the adventure the camera affords. I am always looking to go somewhere new and shoot something different in fun ways. I do assignment work for national and international magazines, photo agencies and a few national newspapers (Los Angeles Times, New York Times, USA Today), as well as work in various local publications. I have been the Principal photographer for The Wooden Floor in Santa Ana, CA., for over ten years. Currently, I live in Ballard with my old Pug, Gramps, which I adopted from Seattle Pug Rescue.